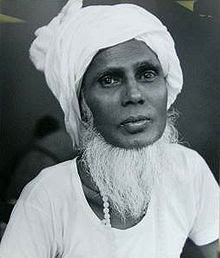 "You don't have to sit in one place to do this (the zikr.) You don't have to close your eyes and do this. You don't have to have a special place to do this. While you're walking, while you're sitting, while you're sleeping, while you're eating, while you're drinking, while you're working -That will work automatically. Like how the water ripples and goes on the stream consistently. It doesn't stop; it always keeps on moving." "If you go on saying that amount [43,242 times per day], if you keep on moving your zikr so much, now God glorifies you 400 million million times. He prays to you because He now has to respond to your zikr. So to the sounds of your zikr, He has to respond to that. It's not a sound that has no response. He will respond to every sound of yours. So His sound now comes to you. Your resonance is with Him and His Resonance is with you. That is what you call a reply... Having transcended the four religions...you get to the station of Sufiyyat. And in that station of Sufiyyat, you merge in God and become one. That is what is meant by Sufism. This kind of prayer and worship is what we have to do."

The Prophet said, "Nothing ascends to Allah except good."

Allah's Apostle said, "If somebody gives in charity something equal to a date from his honestly earned money ----for nothing ascends to Allah except good---- then Allah will take it in His Right (Hand) and bring it up for its owner as anyone of you brings up a baby horse, till it becomes like a mountain." Abu Huraira said: The Prophet. said, "Nothing ascends to Allah except good." 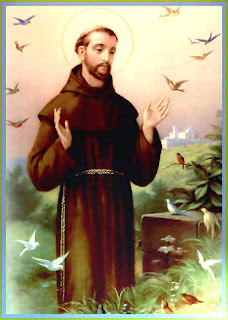 The Prayer of Saint Francis

O Divine Master,
grant that I may not so much seek to be consoled, as to console;
to be understood, as to understand;
to be loved, as to love.
For it is in giving that we receive.
It is in pardoning that we are pardoned,
and it is in dying that we are born to Eternal Life.

Lord, grant that I may seek rather to comfort than to be comforted;
to understand, than to be understood;
to love, than to be loved.
For it is by self-forgetting that one finds.
It is by forgiving that one is forgiven.
It is by dying that one awakens to eternal life.
Amen.
(found in  AA 12 Steps and 12 Traditions)

Interfaith Voices From The Next Generation

Young people share their Ramadan experiences in essays that the Huffington Post's Paul Brandeis collected.  Nayab Mahmood shares from her perspective as a Muslim in Food for Thought: An Interfaith Ramadan.  Why I Stopped Observing Ramadan: A Unitarian Universalist's Journey Toward Spiritual Practice is by UU Nicolas Cable.  The third essay is My Jihad by Saadia Ahmad who attends college in Providence, Rhode Island.

Interfaith Voices From The Next Generation

What we do with how we feel...

"To conquer oneself is a greater task than conquering others."
:: Buddha ::

The Prophet, saw, said,
"Actions are judged by motives and a man shall have what he intends... "
:: Bukhari ::


The Prophet, saw, said,
"Fear Allah wherever you are, do good deeds after doing bad ones,
the former will wipe out the latter, and behave decently towards people."
:: At-Tirmidhi ::

The Prophet, saw, said, "One is not strong because of one's wrestling skillfully."
They said, "Allah's Messenger, then who is strong?"
He said, "He who controls his anger when he is in a fit of rage."
:: Muslim ::

Men who celebrate the praises of Allah, standing, sitting, and lying down on their sides,
and contemplate the (wonders of) creation in the heavens and the earth,
(With the thought): "Our Lord! not for naught Hast Thou created (all) this! Glory to Thee!
Give us salvation from the penalty of the Fire. 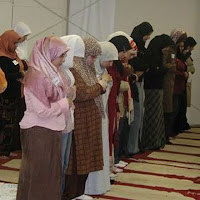 But those will prosper who purify themselves,And glorify the Name of their Guardian-Lord,
and (lift their hearts) in prayer.
(Quran 87:14-15)
Posted by ... Lover of Love ... at 5:35 AM No comments:

Each of our brethren...

May we understand the hearts
of each of our brethren
understand their
hunger, illness, old age and death,
and realize their need for
food, clothing and shelter.
And because they live with us,
bringing them peace
will be the benefit
and the fast.

ISLAM FOR A PEOPLE OF COMPASSION

"Dare, o human being, to awaken!
Harmonize your song;
intensify your commitment.
Consult your heart
and your heart alone.
Expose yourself to loving;
seek the protection of Love.
To arrive at true being,
come past the curtain
waving in front of the Divine Light,
which is your own light."

ISLAM FOR A PEOPLE OF MERCY

Come, whoever you are!

"Come, whoever you are!
Wanderer, worshipper,
Lover of Leaving.
Come,this is not
a caravan of despair.
It doesn't matter
if you've broken
your vow a thousand times.
Still, and yet again,
come, come."

Muslims at the London Olympics